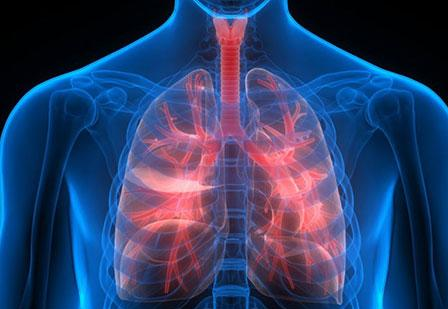 Many people assume that lung diseases are rare. In reality, there are many different types of lung diseases that can cause chronic respiratory conditions. Several genetic and environmental factors can cause respiratory diseases, but smoking is the top preventable cause of many respiratory conditions. For instance, they cause various symptoms such as coughing, breathing discomfort, and trouble sleeping. Some respiratory diseases can be fatal if left untreated and are referred to as the ‘silent killer’ due to their ability to go undetected for an extended amount of time. You need to visit a pulmonary medicine hospital in Mohali or any other city to prevent such disease.

In this article, we will look at the six most common respiratory diseases that can increase your odds of getting ill.

Asthma is a chronic disease that inflames airways and causes shortness of breath and wheezing. There are many different triggers for asthma, such as stress, exercise, pollution, weather, and smoke. Asthma is most commonly treated with medication such as inhalers or steroid treatments.

People with asthma may experience symptoms year-round (perennial asthma), or they may only have symptoms at certain times of the year (seasonal asthma). Asthma is most common in children under age 10, but it affects people of all ages.

Chronic obstructive pulmonary disease (COPD) is a group of lung conditions that include emphysema and chronic bronchitis, which often leave sufferers struggling to get enough air out when they breathe. Chronic bronchitis refers to inflammation of the lining of the bronchial tubes, which carry air to and from the air sacs (alveoli) of the lungs. COPD is most often caused by smoking but can also develop from long-term exposure to chemicals and pollutants. Treatment varies from patient to patient but can include medication, oxygen therapy, and possibly even surgery if symptoms become severe enough.

An inherited chronic disease that affects the lungs and digestive system of many children and adults in India as well as all over the world. It is a genetic problem that forces the body to make unwanted thick and sticky mucus that blocks the lungs and causes deadly lung infection, which ultimately hinders the functioning of the pancreas and stops enzymes from breaking down food. Unfortunately, there is no cure for cystic fibrosis, but pro pulmonary medicine hospitals can ease symptoms and help people with cystic fibrosis live longer.

Tuberculosis (TB) is a life-threatening disease that is caused by a bacteria known as Mycobacterium tuberculosis. TB typically affects the lungs but can also affect other body parts, like the brain or bones. TB is spread through the air when a person with TB coughs or sneezes. If left untreated, one person with active TB can infect up to 10-15 people each year.

Emphysema is one of the common types of chronic obstructive pulmonary disease, which makes your lungs look like giant balloons. When you breathe in air, these balloons fill up with air, and when you breathe out, the air leaves your lungs, and you deflate them. In people who have emphysema, the walls between many tiny air sacs in their lungs are damaged. This means that when they blow out their breath as normal, some air gets trapped inside the damaged-tiny walls—the “balloons” don’t fully deflate. Over time, this trapped air makes it harder for fresh air to get into the lungs. This results in trouble breathing out.

If you feel that you’re at risk for lung disease, consult with your doctor to learn how to reduce your risk. If you can prevent yourself from developing a severe respiratory condition, you can lead a more active and healthy life.