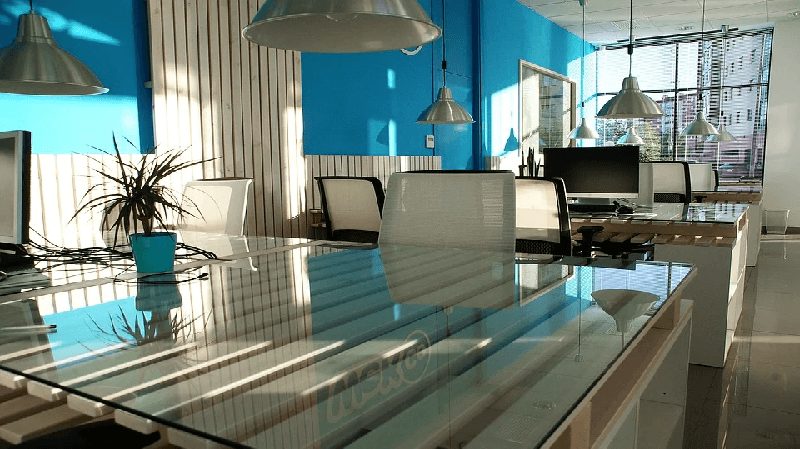 Today we talk about what mistakes companies make in organizing an office, how to create a comfortable workspace for everyone, and why the United States, the main ideologist of the open workspace concept, is gradually abandoning it.

In a modern metropolis, there are many formats of work – production, field and remote work, the service sector. Each of them assumes different types of workspace organization. The most widespread over the past 50 years has been the office.

Nowadays, small companies and corporations are using Workspace management software to make their small workplace efficient in handling a large group of workers. An office worker spends an average of about nine hours a day at work (although sometimes much more). 170 hours are released per month, 2040 hours per year, which in a lifetime, with an experience of 35 years, add up to 71,400 hours. It’s eight whole years! Just imagine, for eight years of your life you have been in work premises, and not only are you but more or less hard at work.

With such figures, it is obvious that a high-quality organization of office space is very important for the health and success of employees, and therefore the prosperity of the company. A modern office should be safe for employees, promote productive and comfortable (including psychologically) work, ensure that negative environmental impact is minimized, and be aesthetically attractive.

Advantages and disadvantages of open space

For a long time in Russia, the traditional format of the office arrangement was the cabinet-corridor type, however, over time, more and more companies began to switch to open space.

A sense of community is important for employees of any firm, allowing them to feel part of something larger than their daily responsibilities and tasks. It is difficult to promote the concept of teamwork when your employees spend all day in separate rooms, often without being able to communicate openly with each other. The sense of camaraderie in open offices is more developed, which in turn helps boost company morale and gives employees an added boost to be successful and positive about their goals and projects.

In the USA, where the market economy and competition are flourishing, open space has been the most popular office format for many years. However, today it is increasingly common to hear that this concept is becoming obsolete in its purest form. It is unlikely that it will completely disappear in the near future, but many companies, especially in the West, are returning to office solutions, where each employee has his own, albeit small, personal space.

Basically, this approach is chosen by companies operating in the field of technology, finance and pharmaceuticals. For example, at Bayer US headquarters in Whippany, New Jersey, each group of 12 is given a separate space. In the New York office of Facebook, employees can use a quiet “library” for private work, specially organized for the opportunity to work individually.

What is the reason for this? One of the reasons most employees enjoy working in a typical small office with four walls and doors is the ability to concentrate on the task at hand. The constant distractions that are inevitable in open space make us lose focus many times a day, which takes up to 20 minutes to recover.